We arrived at the small villages. Just after we got off from the car, lots of villagers surrounded us. It seemed that they have waited there, at the gate of our housebuilding site, for a long time. Most of them were smiling, some put their hands together, saying "Okun", which means Thank you and blessings in Khmer. Perhaps the children have never seen foreigners before. They were at the back of this group of people. Some of them were holding a camera or a phone, taking pictures. Others were just gazing at us curiously. I said "hi" at one of the boys. He smiled nervously and turned away, avoiding any eye contact.

Not so far away, there were the frames of the houses we were going to build on. They were made by the villagers. Actually, it isn't that the villagers do not know how to build houses or that they do not have enough people and need us to help them. There were lots of villagers who were, comparing with us, experts at house building. Without us, they could still build the houses on their own. Then why do they need Tabitha? Well, the villagers needed our fund for the materials for the houses. They also wanted to know more about us through the process of teaching us building the houses.

After wearing our sunglasses, gloves and hats, we walked towards frames of the houses. There were two kinds of jobs. One was to make the wall of the houses, nailing thin sheets of tin around the house. The other one was to make the floor -- to nail the bamboo sticks in a # shape. I chose to do the floor. Hammering a nail into the bamboo seemed to be quite easy when the villagers show it to us, but when the nails and hammer were in my hand, they did not seem to work. It was very easy to hammer onto your hand if you did not pay enough attention, and if you did not hold the nail hard enough, it would fall through the holes of the # down onto the floor. 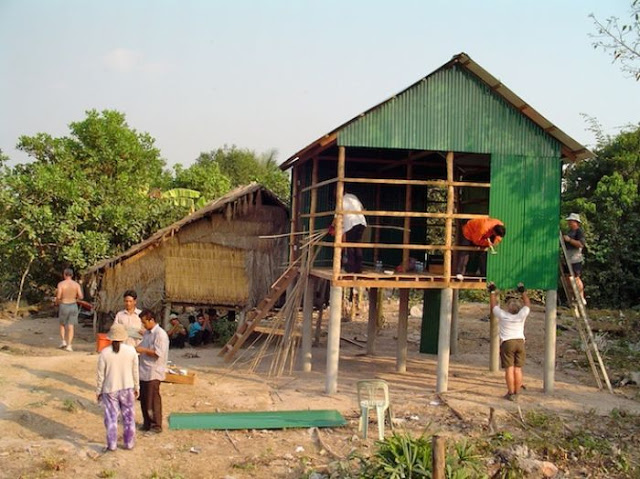 There was a local auntie that helped me a lot when I was hammering. I don't know what to say to her when I just met her, but once we all sat down inside the frame of the house, we shared a common goal, that was, to finish the house as quickly as we can. The auntie taught me how to nail, and she seemed to be so skilled at this. I need to hammer for 60 times to get a nail in (and often hammer on my hand by accident), when the auntie came she raised her extra-heavy hammer up and only need to hammer twice. Every time I asked her for help, she was friendly and helpful. Every time my nails got stuck or when the bamboo went bouncy (when it was not flat) and was hard to nail, the auntie smiled and came. After we hammered together for a long time, the wall between us disappeared. Once, I hammered in the wrong way, the nail bent and got stuck in the bamboo so deep that I could not get it out. Auntie came and made a surprised face. I started laughing. Auntie put her hammer down and laughed together.

We finished five houses by the end of the day. In the twilight, we played with the local kids. We did not understand each other's language, but we just started. The game we played was similar to Monkey in the Middle. The kids went well with us, and they were far more fit than us. When we got so tired in the end, they were still excited to play another game. Usually I only see Cambodian kids on posters, feeling that they were so different from us, but now when I got closer to them.This was when I realize that these kids were just normal kids, like us. Each of them have potential. With some support, they might shine more than you think.

It was getting dark when we left the village. The boys who played and won the Monkey game with us, this time, stood in front of all the adults, waving good bye with us proudly.

This is the second day of housebuilding. We took the minibus for one hour to get from our hotel in Svay Rieng to the housebuilding village.

We built continuously for 4 and 3 hours without stopping. Nailing have made me a bit numb, that when I finished the last house and walked into the rain, I realized that we had already built 15 houses, three times the number of the houses built yesterday.

We built 20 houses in two days, which means that 20 families have a shelter that is safe (protected from snakes), big enough and dry on rainy days. I felt very proud of myself. When the night falls, we celebrated for the completion of the 20 houses. We made a big circle, and the 20 families that lived in our houses came up one by one. These families had 3 members on average, most of the families had more than one children and had one parent missing. Most of the villagers have smiles on their faces. We gave each family a silk blanket and blessed each other. We really did help them a lot. I wish we could give more help. 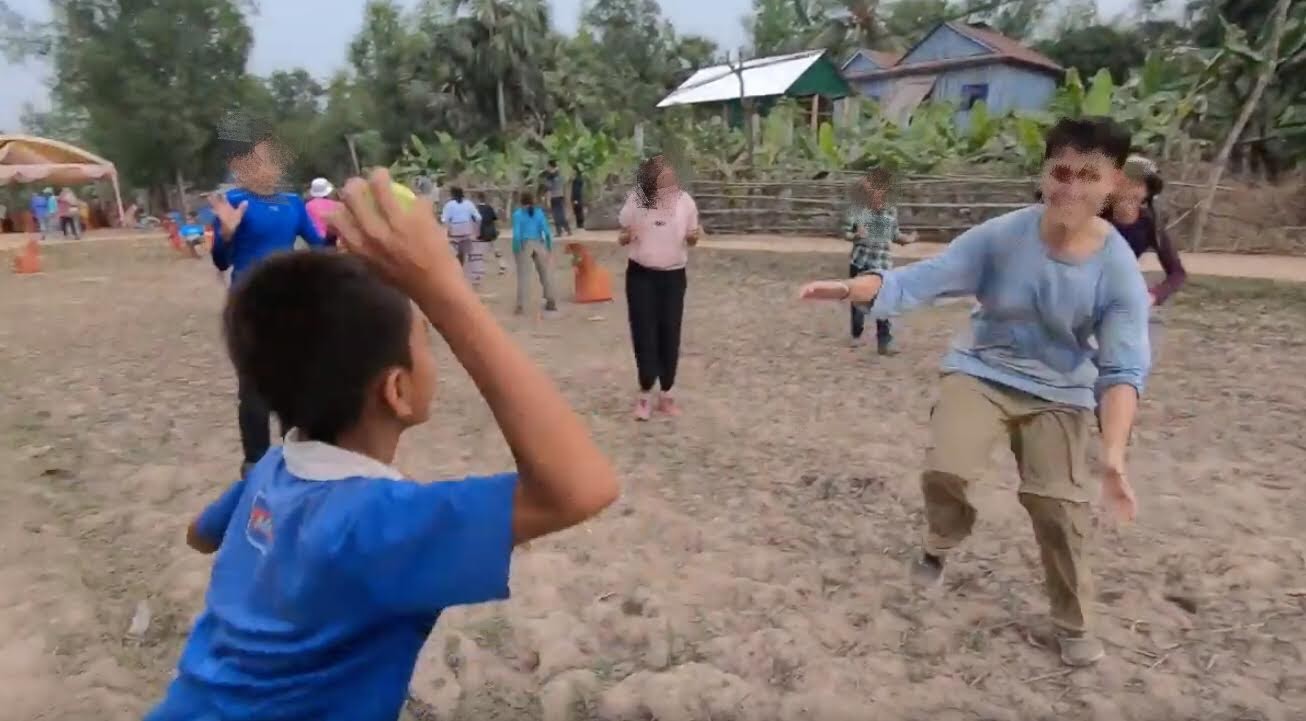 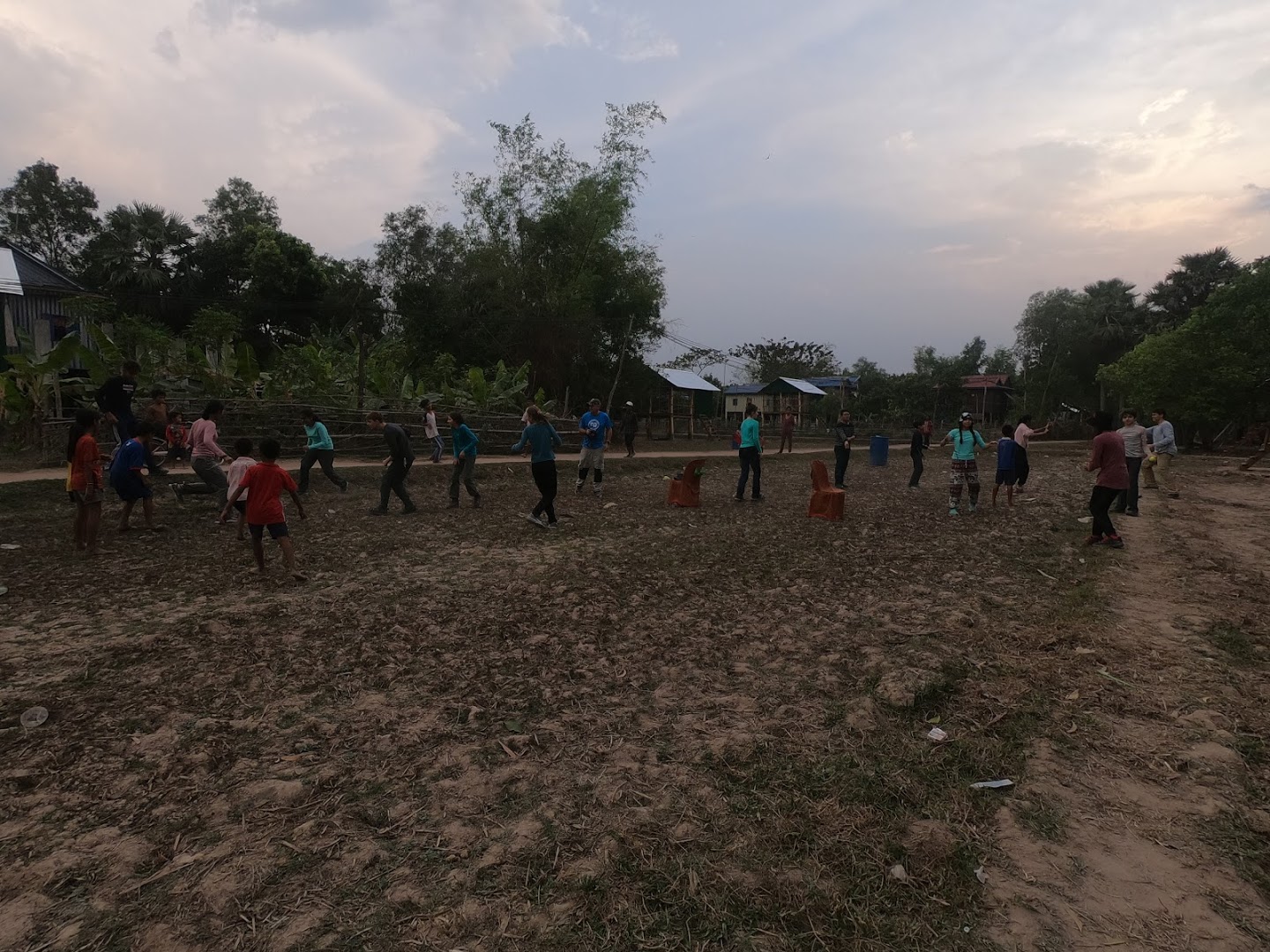 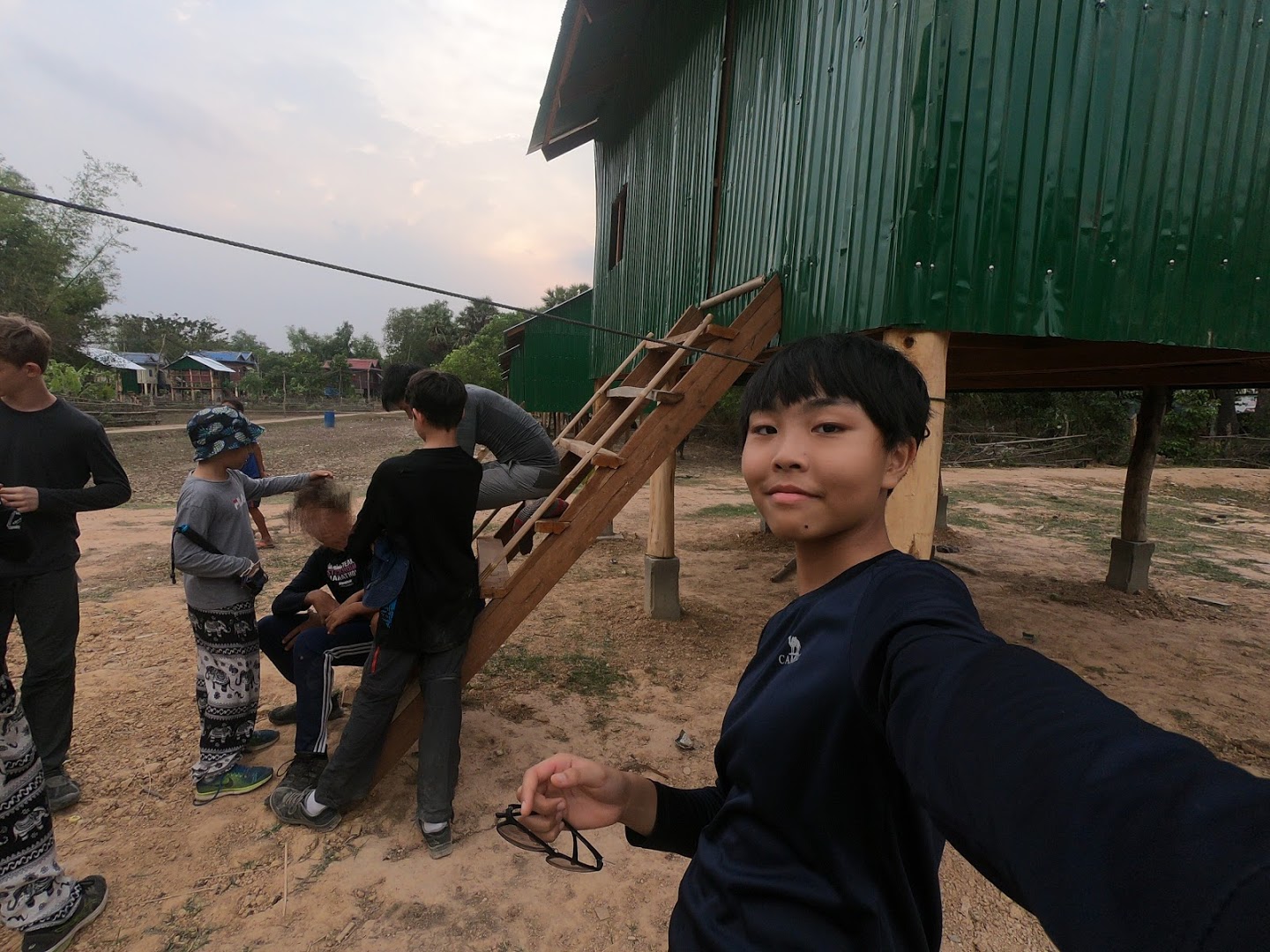 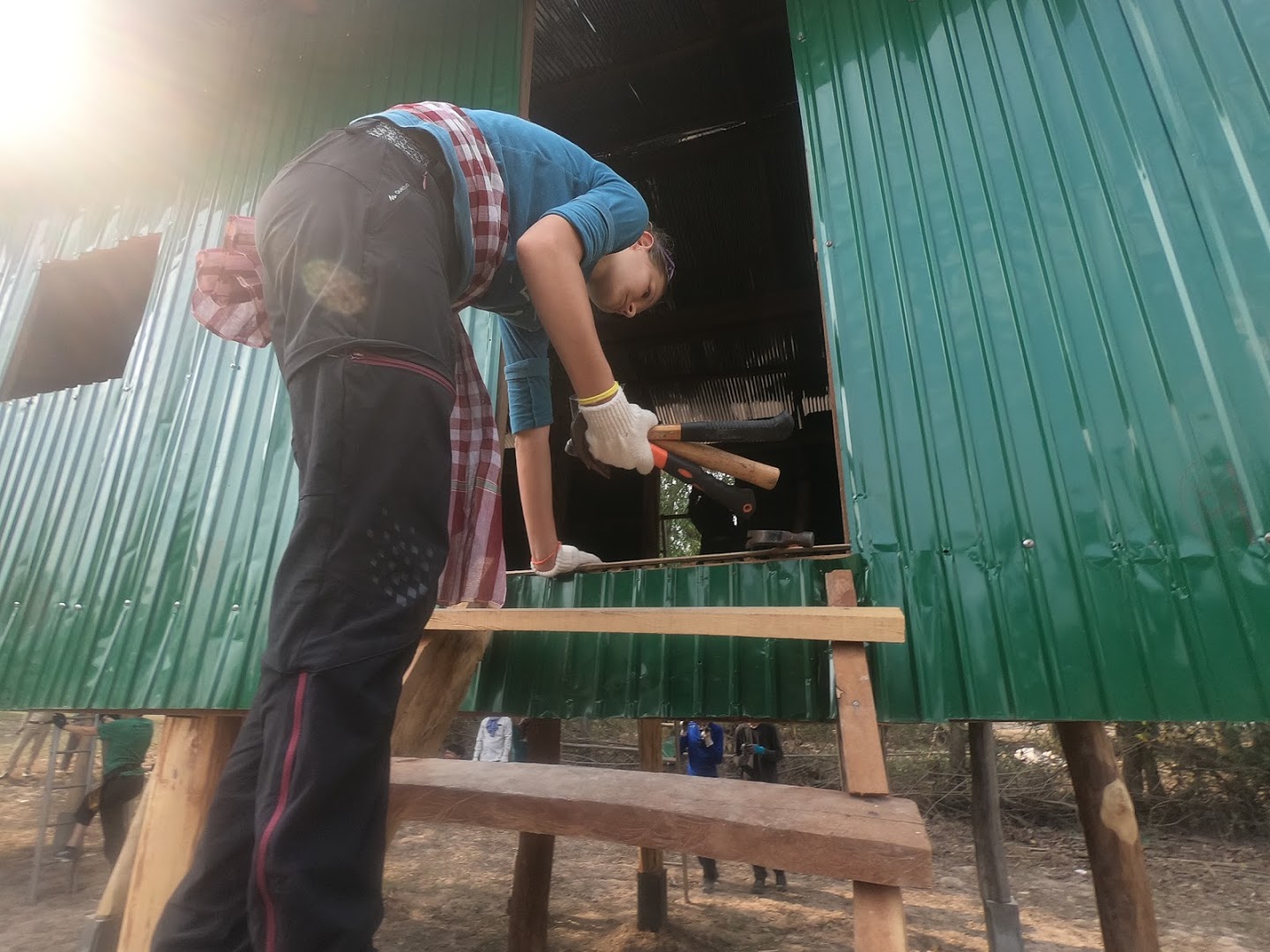 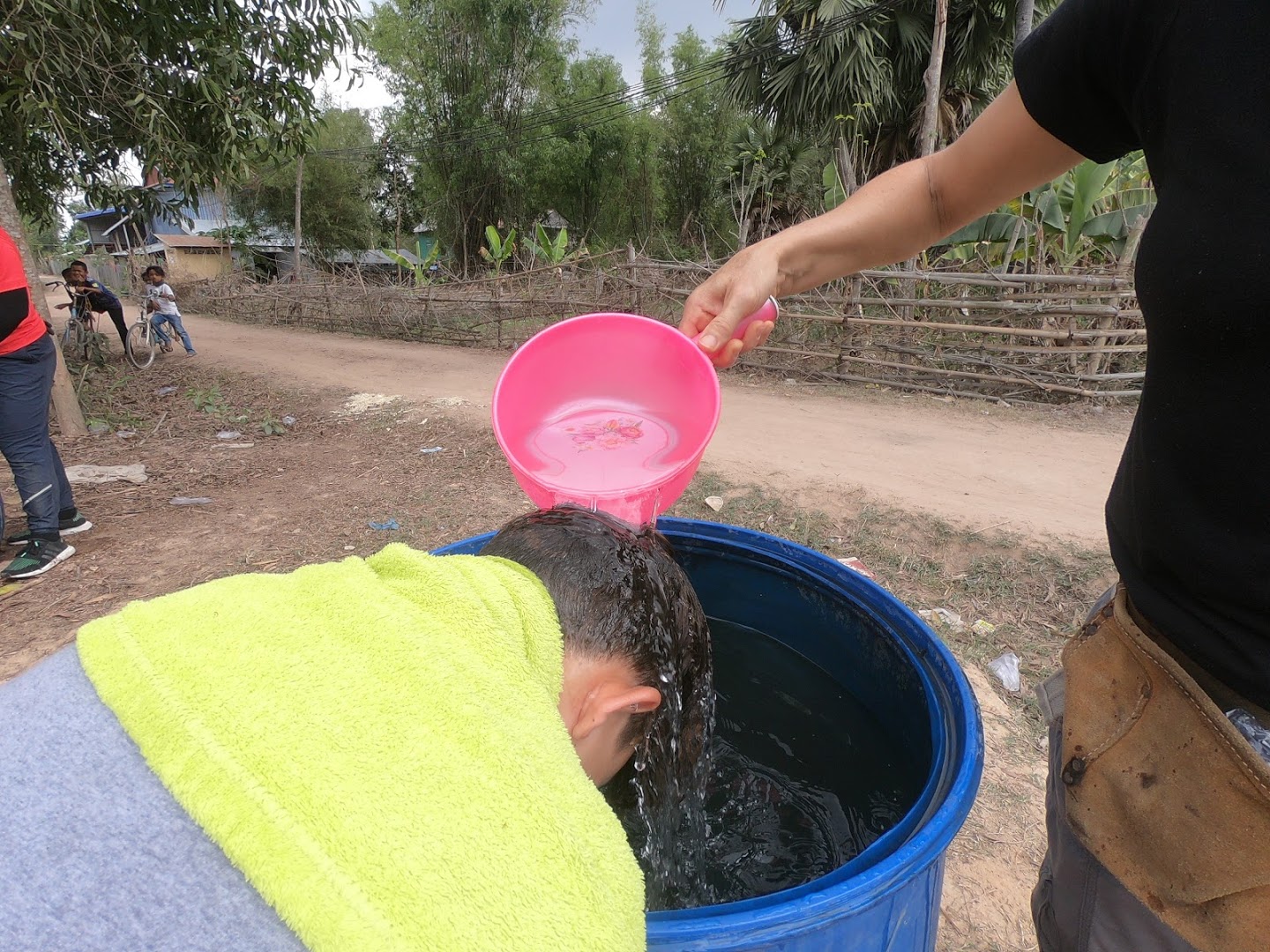 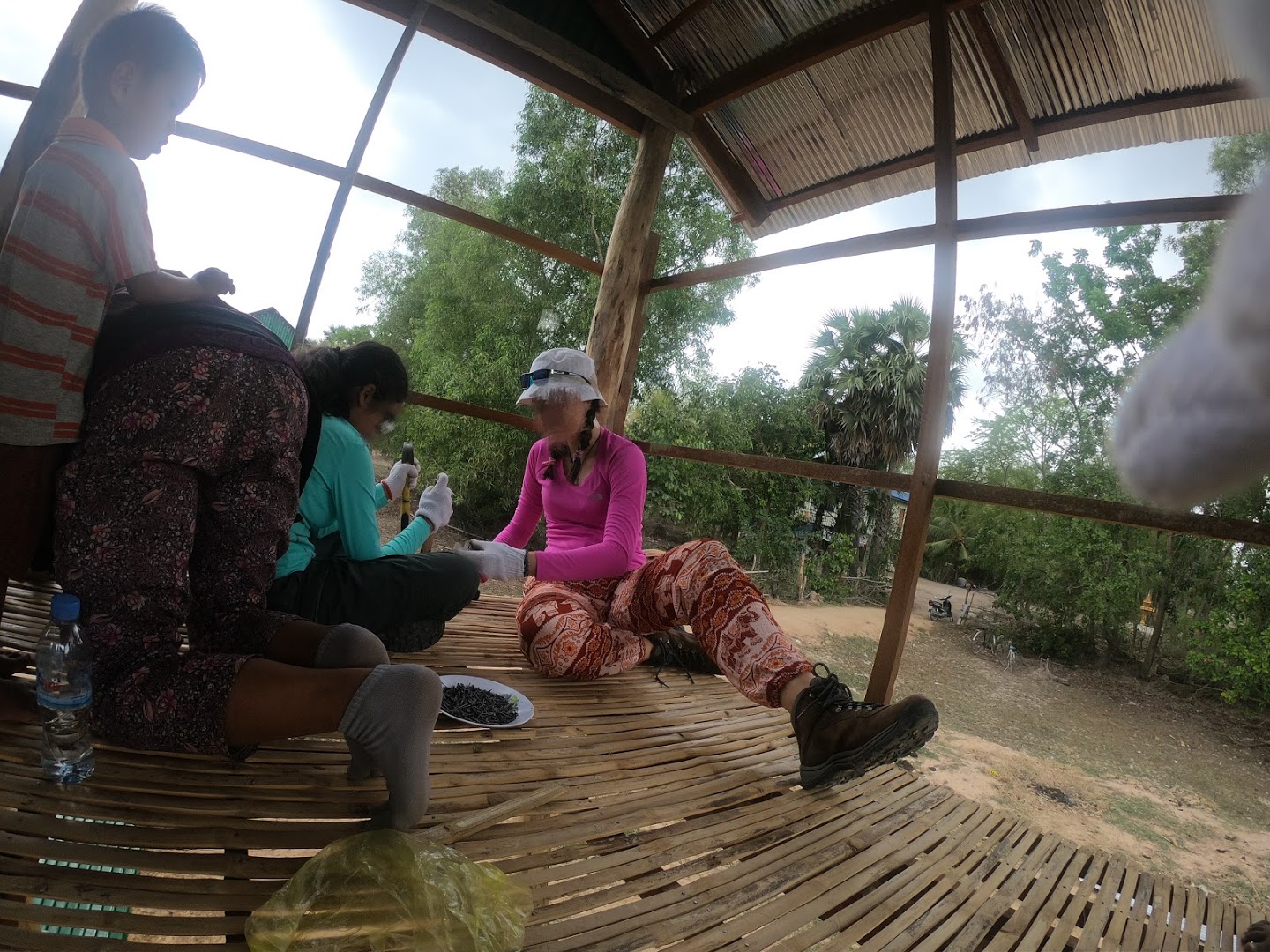 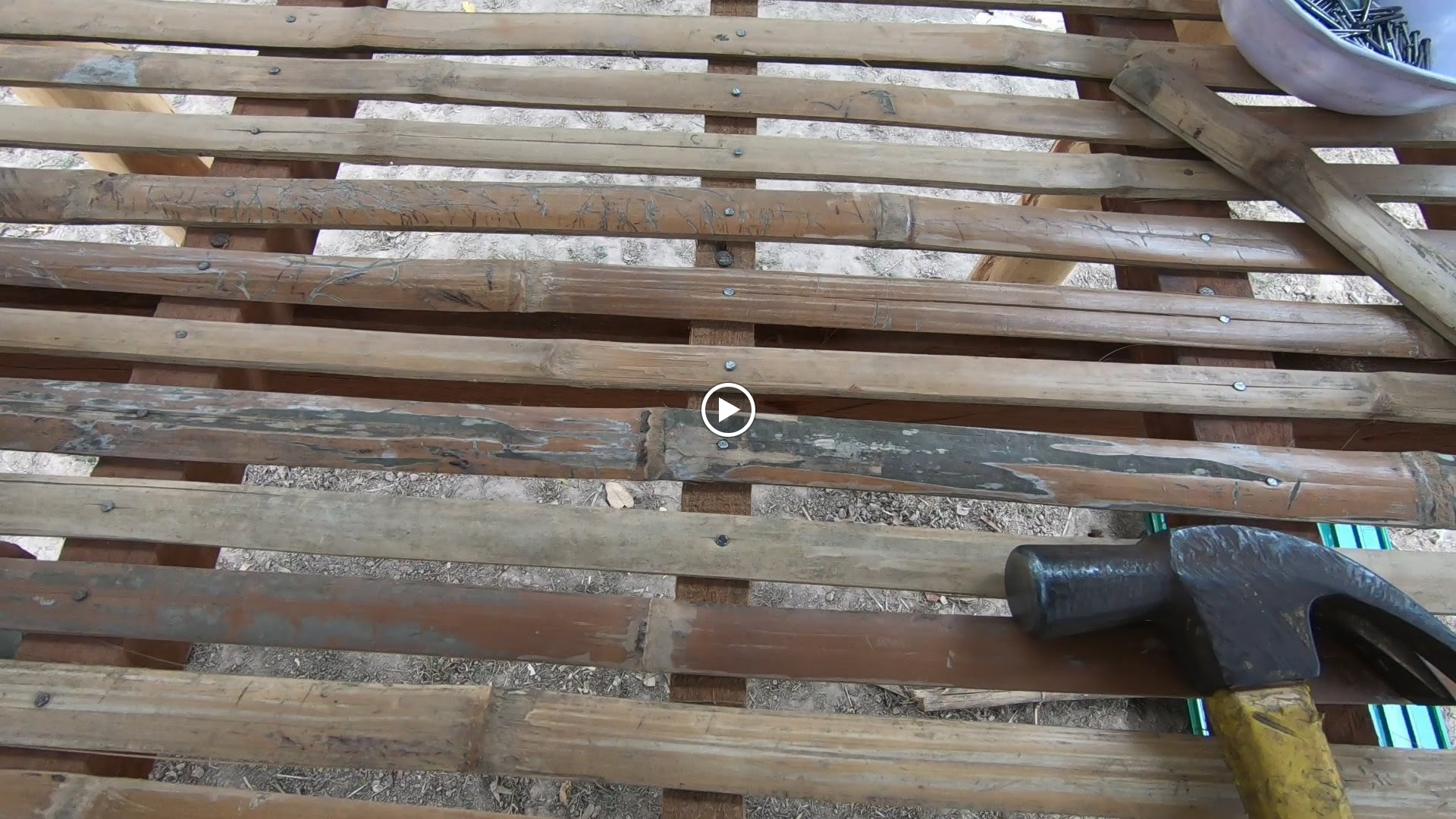 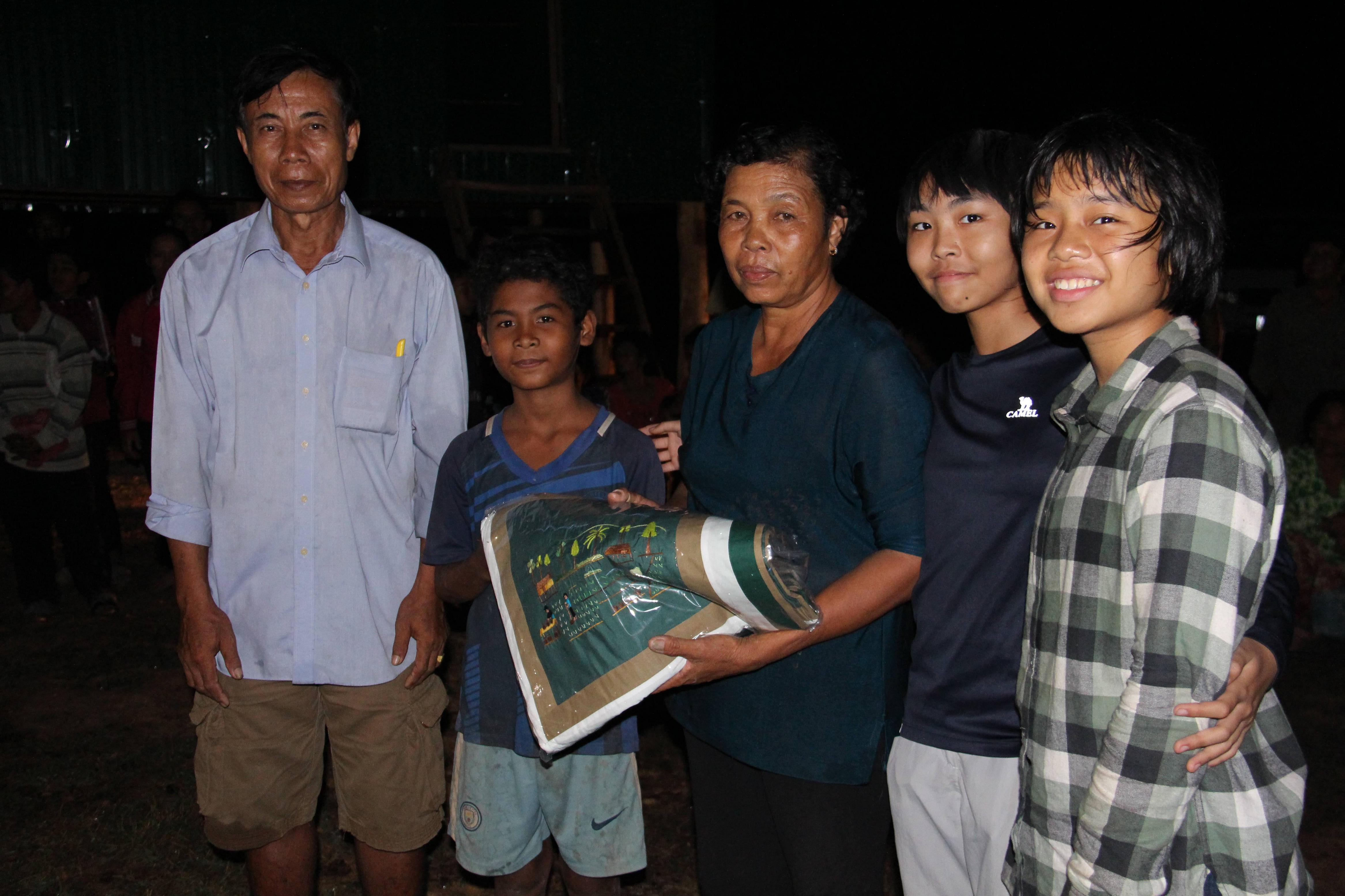