In the morning, we visited the Tabitha office, where the founder of Tabitha works. Ms. Jane Ritskes told us a brief history of Cambodia about the Khmer Rouge, and the reason why we should raise money and build houses for them. Cambodia used to be a very developed country. Its culture was spread to lots of country around it and people came here to learn. However, in 1975, the Khmer Rouge overthrew the government of the Khmer Republic. The leader of the Khmer Rouge Pol Pot started the genocide, in which more than 3 million people (25% of the Cambodian population then) were murdered. The economy of the country was brought to ground zero within 3 years. This had strong effects on the locals in Cambodia. Some people had abandoned their hope. They put down their dignity in front of the foreigners and went for begging...

The problem of poverty is very serious in Cambodia. There are lots of poor people in the country. The poorest of them, including the locals in the small village that we are going to visit, do not feel confident in front of others. One purpose of our housebuilding trip is to let us to understand the poorest Cambodians, to work hard together with them, knowing that they are the same as us, as human beings. The reason why they are poor isn't that they are lazy as they need to work more than us in order to subsist. The other purpose is to let the Cambodians in the village to feel less repel towards us. It gives them the opportunity to teach us the skills of house building - rather than being taught by the us. This develops a deep sense of pride in their hearts. I learned a lot from Ms Ritskes. We were even more excited and willing to do housebuilding.

After the visit to the Tabitha office, we headed straight to the S-21 Museum. Before the Khmer Rouge, the place was a secondary school. It was changed to a prison, and also a place where innocent people were tortured and forced to admit that they were politically opposed the country. The cells, the tools used for torturing and the image of the victims made me feel bad for the Cambodians. After lunch, we went to The Killing Fields. Different from S-21, this place was where most victims were executed. We saw the places where the victims were executed and curtly buried. The thing that shocked me the most was a memorial in the middle of the park. It was actually a glass towel with lots of levels. Each level displays lots of skulls found in S-21. On the bottom level there were description of the different ways victims were executed and there were also the clothes of the victims, some covered with blood…

I also met a begging little girl in the park.

We went to a western restaurant -- FCC restaurant for dinner in the evening. This was probably the best meal (I do not mean that I don't like the local specialties. It just means the meal that I ate the most) in the whole trip. Tomorrow we will leave Phnom Penh for housebuilding in Svay Rieng. 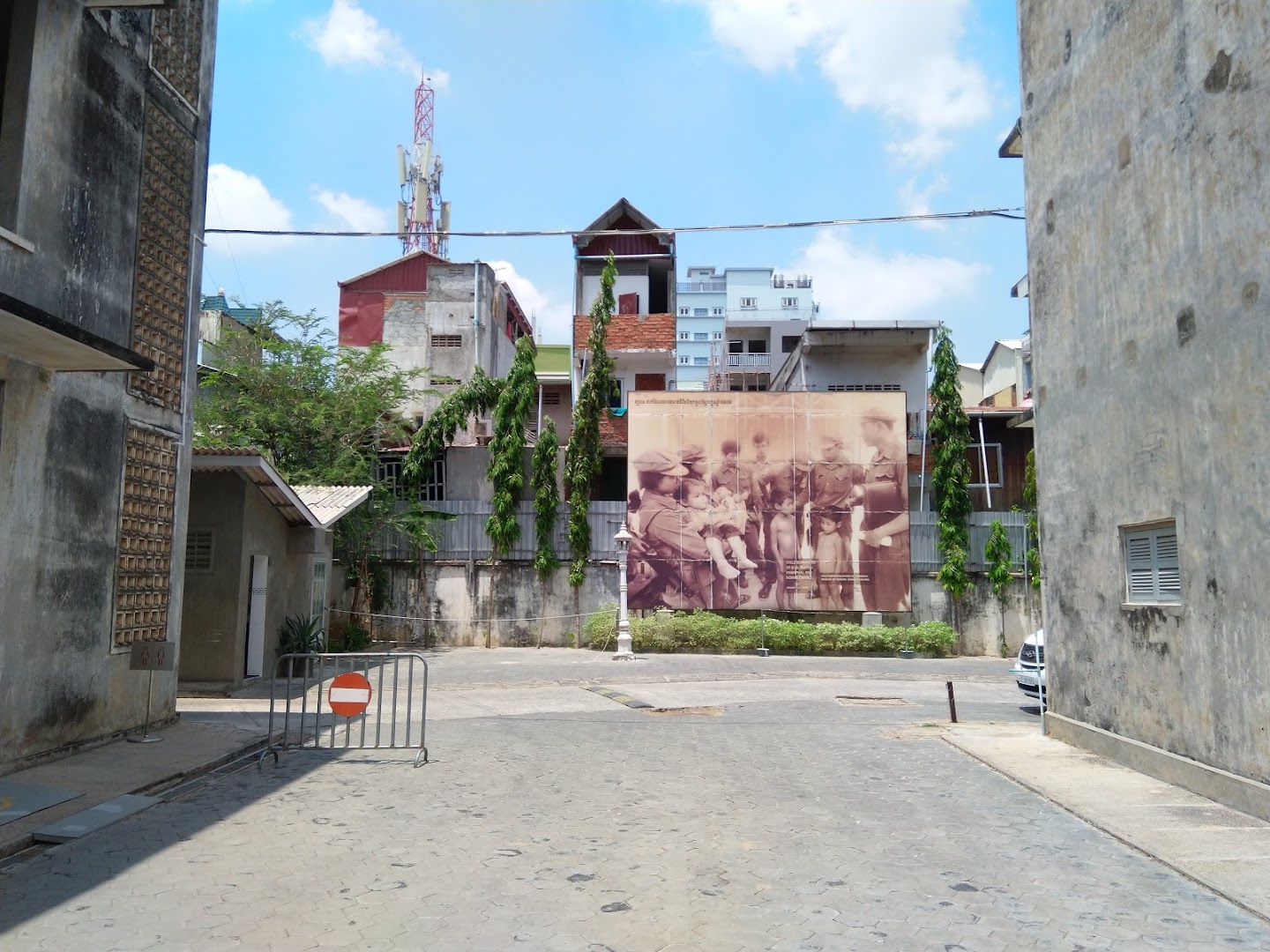 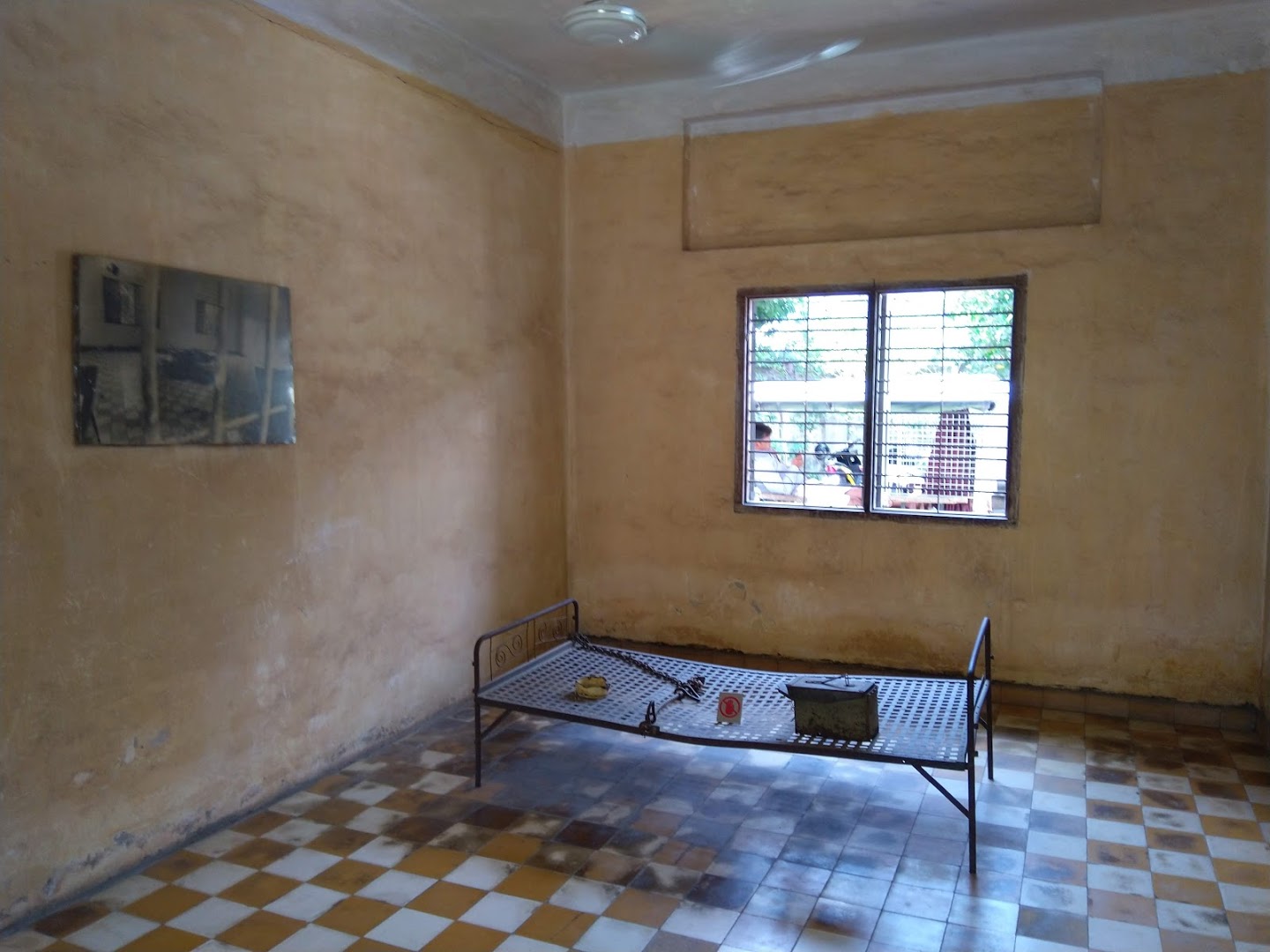 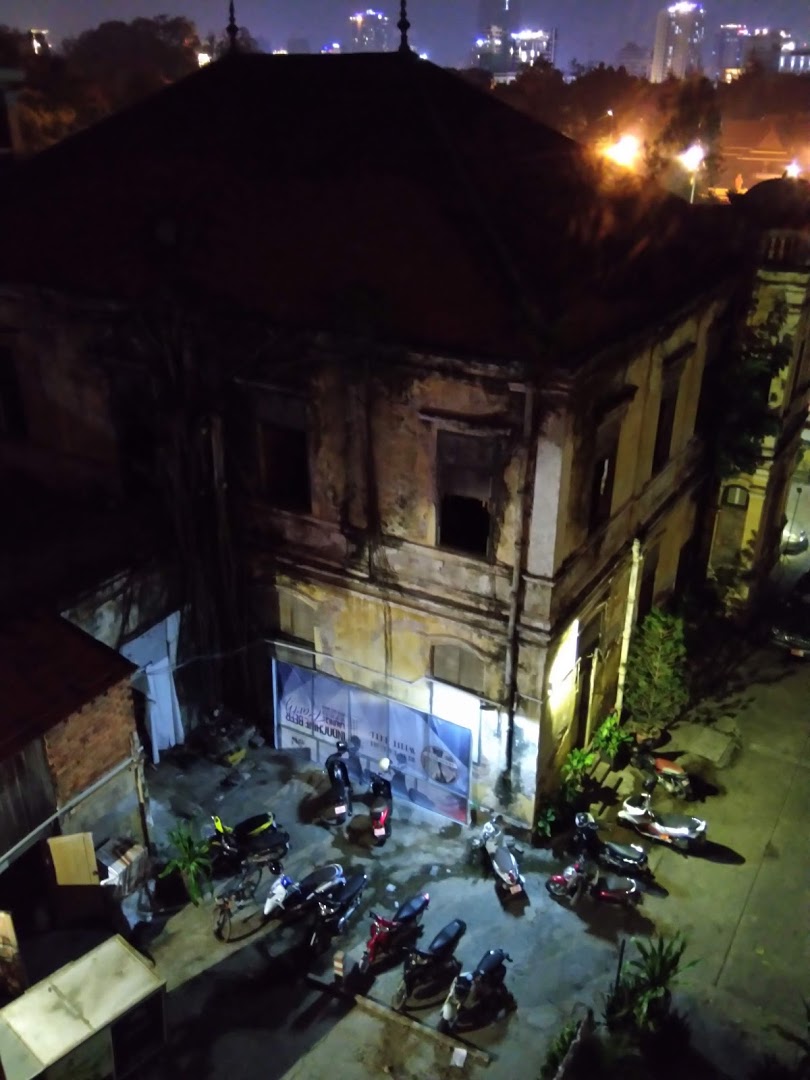